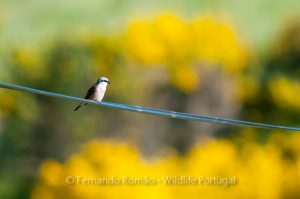 Somewhat rare and located in Portugal, the Red-backed Shrike (Lanius collurio) occurs mainly in the north of the country, in the highlands, occupying meadows and pastures with hedges, wooded landscapes or thickets. It was considered a population at Montemuro as reference nesting further south, but the sporadic observation of one or another individual in Estrela Mountain left in the air the suspicion of a possible reproduction. This year it seems that the suspicions are confirmed, with the observation of a couple in suitable habitat and in full breeding season.

This site uses Akismet to reduce spam. Learn how your comment data is processed.